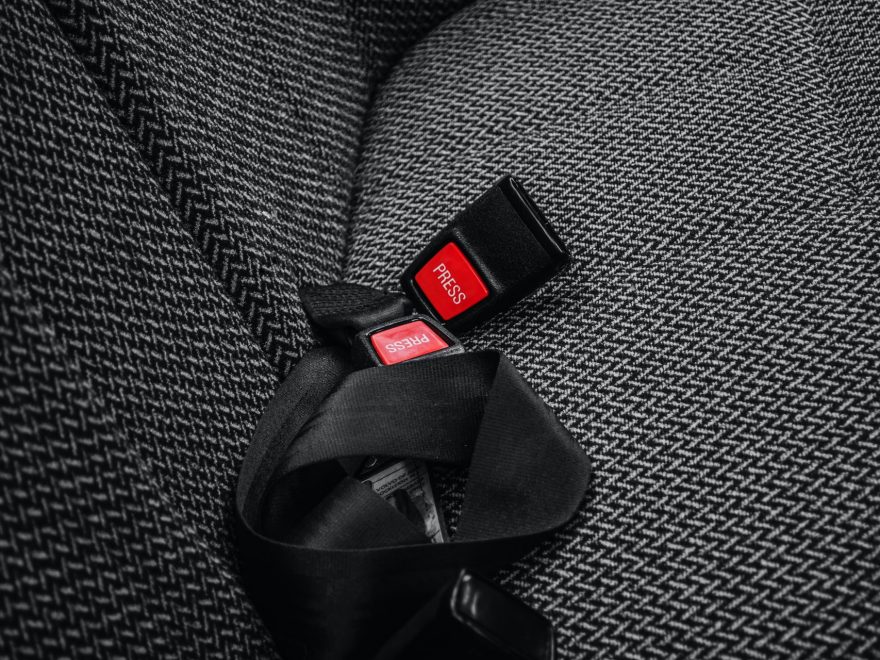 Most individuals nowadays don’t think twice about getting into their cars and fastening their seat belts. That’s because the single most effective approach to lower the risk of fatality in a crash is to wear a seat belt. However, this was not always the case in the United States and other countries.

When did people start using seat belts? Let’s take you on a journey to the past as we uncover the history of seat belts.

It’s difficult to recall a time before seat belts, but they’ve been around for a shorter time than you’d think. Wisconsin became the first state to require seat belts in the front seats of all cars constructed in and after 1962 on Sept. 25, 1961.

Seat belts had existed since the 19th century, albeit sparingly utilized. In the 1930s, many street automobiles featured lap belts, but few people used them. Passengers’ heads and torsos were not protected by these early lap belt types, which kept them from flying out of the automobile.

In 1949, Nash Motors, based in Wisconsin, became the first firm to sell seatbelts. After purchasing the Thomas B. Jeffery Company, a bicycle-turned-automobile plant in Kenosha, Charles W. Nash founded the company in 1916. Nash had operations in Milwaukee, Racine, and Arkansas, and by the 1920s, Nash was one of the country’s most famous automobile manufacturers.

Despite increased scientific data in the 1940s and 1950s confirming their worth in saving lives, the idea of a national mandate sparked passionate debate. Seatbelts were criticized because they could inflict internal injuries, make it difficult to escape from cars submerged in water, and frequently failed. Researchers challenged all of them, but the opposition remained strong.

Some opponents contended that wearing a seatbelt should be a personal choice rather than a legal requirement. “As long as the life at risk is his own, I believe the individual should decide whether or not the use of safety belts is wise,” wrote a letter to the Appleton Post Crescent in 1964.

In 1957, another letter in the Wisconsin State Journal stated that the utility of seat belts had yet to be proven, particularly in cases where persons were “thrown out of the car.” “Door latches can achieve this without hindering rapid escape from an auto-driving into a stream or catching fire, which are not uncommon scenarios,” wrote Sam of Madison. Some car owners have removed seat belts from their vehicles.

In the years that followed, many countries enacted national seat belt laws that mandated the wearing of seat belts.

The world’s population has doubled in the last two decades. Nowadays, there are more motorists on the road. This would lead you to believe that the total number of deadly car accidents would be more extensive. Thanks to seat belts, this is not the case. The key reasons that driving is safer today than it was 40 years ago are seat belts and auto safety features and testing.

When a person is involved in a car accident, the vehicle comes to a complete stop. Because it is driving at the same speed as the car, the body wants to keep moving forward. A seat belt stops the forward movement of that person.

The seat belt has strong retractor mechanisms, pretensioners, and straps to cinch down on the more substantial areas of the body, such as the shoulders and hip bones. This limits the range of motion a person can have while sitting in a car seat. The seat belt maintains the body in the seat during an accident, giving the body time to come to a halt. Seat belt safety reminder alarms are built into current cars to remind front occupants to fasten their seat belts.

Driving without a seat belt is unsafe for everybody, regardless of gender. But you must consider if seat belts are efficient in protecting both men and women.

It’s easy to take advances for granted in today’s fast-paced world. But knowing where seat belts came from, you should keep in mind that they were created and first used with one objective in mind: to keep you safe. Remember to buckle up on your next ride—this goes for everyone, including children and dogs.

Do you need seal belt repair? Contact Seat Belt Restore, and we will deliver the most reliable seat belt repair service Westfield has to offer to help you stay safe when travelling. Call 855-552-7233 today!